Congressman Warns of War with Iran 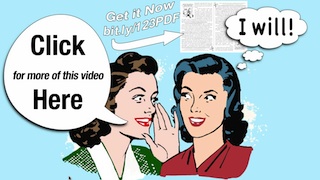 Congressman Warns of War with Iran
Posted by NeoConZionistThreat at 10:53 AM Links to this post Jon Stewart shouldn't do this. Stewart takes an "intellectually and morally disreputable position" by bringing up "Protocols" (as in "The Protocols of the Elders of Zion") which is a known fraud and very often used as an example of anti-Semitism.
Posted by NeoConZionistThreat at 6:21 PM Links to this post

See Why Your Subscriptions Are Getting Hidden From You 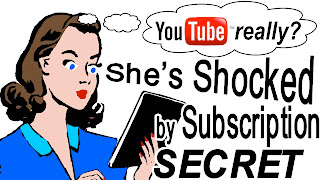 You Only See "Highlights"‬ See Why Your Subscriptions Are Getting Hidden From You
Posted by Tom at 8:18 AM Links to this post

If Iran Did Develop Nuclear Weapons?

So, What IF Iran Did Get a Nuclear Weapon? Then … 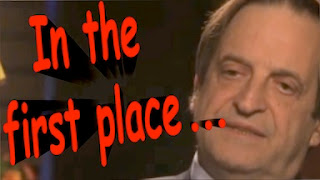 Look at this: The premise has been that if Iran gets a nuclear weapon, it will then bomb Israel. That's what the American people have been mislead into thinking because the mainstream media has been misleading them. But look what the response is when the host of this Al Jazeera show ask the Deputy Prime Minister of Israel: what would happen if Iran got a nuclear weapon? Look at the response: "… the consequences of Iran actually having a nuclear weapon, what do you think they would be?"  "I would think that in the first place, if, if things develop the way they – uh – may develop because I hear the others saying. Saudi says 'we'll get nuclear weapon if they do.' Eh, other countries may have the same idea – I have some names in mind I don't want to mention right here. We may start a nuclear race in the world which it didn't have for many, many years." Notice he doesn't say, "oh, they'll bomb Israel." And please take note that there is no basis for that scenario. There is no basis for that false premise that the American have been mislead into accepting.

I don't think any strategic analyst in his right mind thinks that, even if Iran had nuclear weapons, that they'd use them in a first strike. The country would be vaporized.

If you haven't seen this video: Israel's Deputy Prime Minister admits Iran DID NOT threaten to wipe Israel out, please do or watch it again and give it a boost, it's really doing well for just the first 2 or 3 days. Millions of people need to see this because once again the American public has been manipulated about the facts of the Middle East and about Israel.

I've heard from people – they're not getting their new subscriptions so please subscribe: Please subscribe to the e-mail list and join the 2 Facebooks (1, 2) and bookmark the Representative Press page and we'll just keep hammering at this platform.
Posted by Tom at 5:23 PM Links to this post