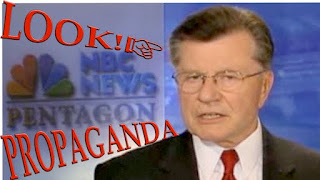 NBC pushes Pentagon line which labels Afghan villagers mention of an IED attack as "propaganda!" NBC claims "no evidence of an IED attack before" the massacre YET the accused shooter's own lawyers has already been talking about it days before this NBC report! Please post this video, don't allow NBC to get away with this. "Reports that Afghan villagers have been offering one theory about what might have motivated his rampage. ... Our Pentagon correspondent Jim Miklaszewski on duty from there tonight. Jim, good evening. Good evening Brian. In another twist to the tragic story, villagers where the shootings took place are now claiming that the 16 civilians were gunned down in retaliation for an IED attack against American forces. That villagers claim that days before the massacre, American combat troops entered that village and threatened to kill every man and their children for that attack on the Americans, but Pentagon and military officials said today there is no evidence of any IED attack around that time and no evidence the Americans threatened retaliation. In fact, officials here at the Pentagon suspect this is nothing more than propaganda." This guy's taking the word of the Pentagon and ignoring statements reported before this report. He's so willing to push the Pentagon line that he's ignoring stories that have already been reported about an IED attack. And that the suspect was upset about that. He ignores what has already been reported, information that was coming from the suspect's own lawyer. And meanwhile Jim accepts the Pentagon story and labels what the Afghan people are saying as "propaganda." Do you think he would ever call what the U.S. says "propaganda?" Do you think he would ever talk about U.S. government statements being criticized as "propaganda?" Do you think ever in a million years this man would say, "by the way, the U.S. government has a pattern of lying.
Posted by Tom at 1:59 PM Links to this post 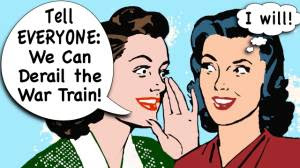 NEW VIDEO: Tell EVERYONE: We Can Derail the War Train (Snowball Effect!)
Posted by Tom at 11:43 AM Links to this post