Why aren't we talking about this? 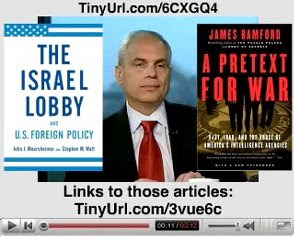 see video: See Body of War, Hear Body of War
Help Phil Donahue promote this important movie, directed by Phil Donahue and Ellen Spiro, send this video link to others to make people aware of Tomas Young's story.
Buy the Double Album "Body of War" and Help the Cause
Body of War: Songs that Inspired an Iraq War Veteran is double-CD compilation of songs selected by Iraq war veteran Tomas Young. Buying the album benefits the non-profit organization Iraq Veterans Against the War (IVAW), which Tomas Young selected. “The compilation record was an idea that grew out of my love of music and my reliance on it before, during, and after the war,” Young says. “The songs I selected for the record were tracks that inspired, motivated, and at times, literally saved me over the past few years.”