Subscribe to Help Raise Awareness (Subscriptions increase the channel's overall views and it is FREE!) 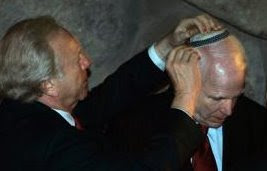 Key Figure in USS Liberty Inquiry Dies
representativepress
Style: News
Joined: May 14, 2006
Subscribers: 11,463 (Help build up one of the most subscribed political channels on YouTube)


SUBSCRIBING Helps Give this Video Publicity: What motivated the 9/11 hijackers? See testimony most didn't
Views: 263,686
(as of March 2008)

Click to See Videos!
READ article: John McCain and the Neocon Resurgence
"Part of the problem is that the blog and counterculture world where the neocons have been eviscerated is not the world of the New York Times, the Washington Post, Fox News, or the Wall Street Journal, where they continue to set the pace on the editorial and opinion pages. The presence of two neoconservatives, William Kristol and David Brooks, at the ostensibly liberal New York Times is a testimony to their resiliency, as is the Times' endorsement of John McCain as the Republican presidential nominee. Beyond the media, the neocons have deeply embedded themselves in the political system and continue to play a major role in the campaigns of the various presidential candidates of both parties, frequently as foreign policy advisers." - by Philip Giraldi see John McCain and the Neocon Resurgence
Posted by Tom at 10:58 AM Links to this post